Universal access to affordable, reliable and sustainable energy services requires expanding access to electricity and clean cooking fuels and technologies, as well as improving energy efficiency and increasing the share of renewable energy. However, progress in all these areas falls short of what is needed to achieve the Goal by 2030. Increased financing and bolder policies are required, along with the willingness of countries to embrace new technologies on a much more ambitious scale. 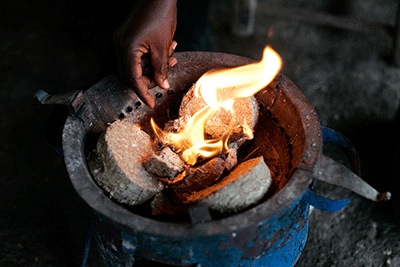 More than a billion people, mostly in rural areas, live without the benefits of electricity

Globally, 1.06 billion people still lived without this essential service, with 80 per cent of them concentrated in just 20 countries. More than half the people without electricity lived in sub-Saharan Africa. The region had the lowest electrification rate overall at 37 per cent, but the figure dropped to just 17 per cent in rural areas. A major challenge is providing electrification rapidly enough to outpace growing populations. While some 86 million people a year are able to access electricity for the first time, this progress has been offset in some areas by population growth.

Proportion of the population with access to electricity, by residence and total, 2000-2014 (percentage)


Lack of access to clean cooking fuels and technologies presents many health hazards and results in millions of deaths each year due to household air pollution. From 2000 to 2014, the proportion of the global population with access to such fuels and technologies (for instance gas and electricity) increased from 50 per cent to 57 per cent, progressing much more slowly than electrification. About 3 billion people, the majority in Asia and sub-Saharan Africa, are still cooking without the benefit of clean fuels and technologies. Rural areas lagged behind urban areas, with 22 per cent access versus 78 per cent, a gap much larger than in the case of access to electricity.

Proportion of the population with primary reliance on clean cooking fuels and technologies, 2000 and 2014 (percentage)


While renewable power generation is rising rapidly, comparable progress has not occurred in the heating or transport sectors


Despite gains in reducing energy intensity, progress is not yet sufficient to meet the target


Reducing energy intensity (the ratio of energy used per unit of GDP) can lower demand for energy, lighten the environmental footprint of energy production, and make energy more affordable. Globally, primary energy intensity declined by 2.1 per cent a year from 2012 to 2014. Over that period, three quarters of the world’s 20 largest energy-consuming countries reduced their energy intensity. The associated savings were equivalent to the total energy consumed by Brazil and Pakistan combined in 2014. However, progress is insufficient to double the global rate of improvements in energy efficiency as called for by the target.