Goal 5: Achieve gender equality and empower all women and girls

Gender equality and women’s empowerment have advanced in recent decades. Progress in enrolment at all education levels has been observed, yet wide gender disparities exist in some regions and countries at higher education levels. Maternal mortality has declined and skilled care during delivery has increased. Progress has been made in the area of sexual and reproductive health and reproductive rights. Childbearing among adolescents has decreased. However, gender inequality persists worldwide, depriving women and girls of their basic rights and opportunities. Achieving gender equality and the empowerment of women and girls will require more vigorous efforts, including legal frameworks, to counter deeply rooted gender-based discrimination that often results from patriarchal attitudes and related social norms. 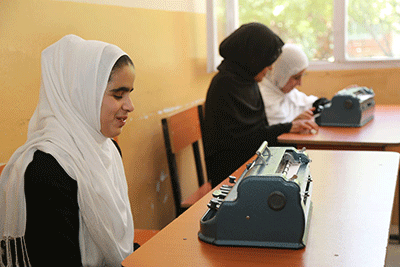 The prevalence of violence against women varies within and among regions. Levels of intimate partner violence are highest in Oceania excluding Australia and New Zealand, ranging from 19 to 44 per cent in countries with data. Prevalence is lower overall in Europe, with levels of less than 10 per cent in most of the 29 countries with available data.

In the most extreme cases, violence against women and girls can result in death. In 2012, almost half of all women who were victims of intentional homicide worldwide were killed by an intimate partner or family member, compared to 6 per cent of male victims.

Social acceptability and widespread impunity for perpetrators are among the main challenges contributing to violence against women. In 37 countries, for example, perpetrators of rape are exempted from prosecution if they are married to or subsequently marry the victim.

Proportion of ever-partnered women and girls aged 15 to 49 years subjected to physical or sexual violence by a current or former intimate partner in the previous 12 months, 2005-2016 (latest available) (percentage)

Note: The figure reflects available data from 87 countries (covering 43 per cent of the world’s population) over the period 2005-2016. The number of countries represented in each region is in parentheses. Oceania* refers to Oceania excluding Australia and New Zealand throughout the publication.

Child marriage violates the rights of children in a way that often leads to a lifetime of disadvantage and deprivation, especially for girls. Typically, child brides have limited opportunities for education and employment, are at increased risk of domestic violence and other assaults to their physical and mental health, and have little decision-making power within the household, especially when married to older men.

The practice of child marriage has been slowly declining. Around 2015, just over one in four women between the ages of 20 and 24 were married before the age of 18; around 2000, the ratio was one in three. Faster progress has been made in delaying the marriage of girls under age 15, which declined from 11 per cent around 2000 to 8 per cent around 2015. That said, progress has been uneven across regions and countries.

Note: The values for 2015 refer to the latest available data for 120 countries (covering 64 per cent of the world’s population of women aged 20 to 24 years) over the period 2010-2016. For regions where the population coverage is below 50 per cent, the number of countries with available data is in parentheses. Oceania* refers to Oceania excluding Australia and New Zealand throughout the publication.

Despite progress, childbearing among adolescents in sub-Saharan Africa remains high

Child marriage is closely linked to childbirth among adolescents and a concomitant loss of opportunities. Target 3.7 calls for universal access to sexual and reproductive health care services (including family planning), information and education, which should help to prevent adolescent childbearing and unintended pregnancies.

Reducing the adolescent birth rate is integral to the health and well-being of adolescent girls and to their social and economic prospects. Globally, childbearing among adolescents declined by 21 per cent between 2000 and 2015. Central and Southern Asia made the greatest progress: the region reduced the adolescent birth rate by more than 50 per cent, largely due to advances in Southern Asia. Rates remain highest in sub-Saharan Africa and Latin America and the Caribbean, despite progress in both regions.

Note: Data are based on time-use surveys conducted between 2000 and 2014 in 59 countries, 30 from developing regions and 29 from developed regions. Oceania* refers to Oceania excluding Australia and New Zealand throughout the publication.

The prevalence of FGM remains high in some countries, despite overall progress


Female genital mutilation (FGM) is a human rights violation affecting girls and women worldwide, but especially in communities where it persists as a social norm. The practice can cause severe pain, excessive bleeding, infections (including HIV), infertility, complications during childbirth and sometimes death. The exact number of girls and women affected globally is unknown, but at least 200 million have been subjected to FGM in the 30 countries (half of them in Western Africa) where the practice is concentrated and that have nationally representative prevalence data.

Prevalence rates for this harmful practice have declined by 24 per cent since around 2000, with some countries making rapid progress. FGM remains widespread in other countries with data. On average, more than one in three girls aged 15 to 19 have been subjected to FGM in the 30 countries where the practice is concentrated, compared to nearly one in two around 2000.

Proportion of girls aged 15 to 19 who have undergone female genital mutilation in 30 countries with representative prevalence data, around 2000 to around 2015 (percentage)


Note: The figures are population-weighted averages based on comparable data from 30 countries where the practice is concentrated and with representative prevalence data. The values for 2015 refer to the latest available data collected between 2010 and 2016.

The time spent on unpaid housework and caregiving undermines women’s ability to engage in other activities, such as education and paid labour. The average amount of time women spend on unpaid domestic work and caregiving at home is almost triple that of men, according to survey data from 83 countries and areas.

Data for a subset of countries (mainly from Latin American and European countries) suggest this disparity widens during periods when women are most likely to have young children at home. Women dedicate more time than men caring for family members, especially children. This activity often overlaps with domestic duties, making it difficult to capture accurately in time-use surveys.

Effective policymaking to achieve gender equality demands broad political participation. Yet women’s representation in single or lower houses of parliament in countries around the world was only 23.4 per cent in 2017, just 10 percentage points higher than in 2000.

Even in the two regions most advanced in terms of women’s representation—Australia and New Zealand and Latin America and the Caribbean—women occupy fewer than one out of three seats in parliament. Northern Africa and Western Asia has made impressive advances: the proportion of seats held by women rose nearly fourfold between 2000 and 2017. Nevertheless, women still hold fewer than one in five parliamentary seats in the region.

Slow progress suggests that stronger political will and more ambitious measures are needed. Quotas to boost women’s political participation and empowerment have been helpful: 75 out of 190 countries (39 per cent) have used some form of quota system to increase women’s representation, and election results in 2016 show that the strategy is working. However, quotas may also impose a false ceiling on women’s representation; they therefore need to be periodically reviewed and updated to ensure continued progress.

Women are also underrepresented in managerial positions, especially in senior and middle management. In most of the 67 countries with data from 2009 to 2015, less than a third of senior- and middle-management positions were held by women. Modest improvements can be observed in some countries. Over the past decade, the share of women in senior and middle management increased in about half of the countries with available data. However, the proportion of women in these positions remains significantly lower than the share of women in total employment for all of the countries studied. The data also suggest that more women are in junior- rather than middle- or senior-management positions and need to break through the glass ceiling in order to reach top-echelon positions.

Proportion of seats held by women in single or lower houses of national parliament, 2000 and 2017 (percentage)

Only half of women in selected countries make their own decisions regarding sexual relations, contraceptive use and health care

Women and girls’ autonomy in decision-making over sexual relations, contraceptive use and access to sexual and reproductive health services is key to their empowerment and to fully exercising their reproductive rights. In 45 countries with available data, 43 of which are in developing regions, just over half (52 per cent) of women aged 15 to 49 years who are married or in union make their own informed decisions about sexual relations and the use of contraceptives and health services.

Proportion of women aged 15 to 49 years (married or in union) who make their own informed decisions regarding sexual relations, contraceptive use and health care, 2007-2015 (latest available) (percentage)

Note: The figure reflects available data from 45 countries (covering 7 per cent of the world’s population) over the period 2007-2015. The number of countries represented in each region is in parentheses.