Goal 16: Promote peaceful and inclusive societies for sustainable development, provide access to justice for all and build effective, accountable and inclusive institutions at all levels

Progress in promoting peace and justice, and in building effective, accountable and inclusive institutions remains uneven across and within regions. Homicides are slowly declining, and more citizens around the world have better access to justice. However, violent conflicts have increased in recent years, and a number of high-intensity armed conflicts are causing large numbers of civilian casualties and driving millions of people from their homes. Disparities abound: data show that countries with higher income inequality suffer from higher levels of violence. Poorer countries and regions tend to be sources of victims for human traffickers and are more prone to corruption. In response, legal frameworks and institutions are being put in place— for example, on access to information and human rights promotion—but implementation does not always follow suit. 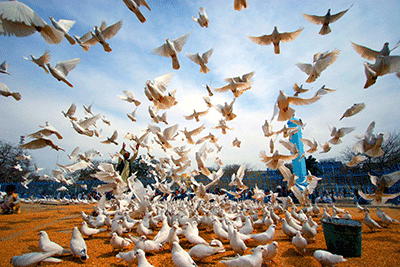 
In 2015, between 5.2 and 6.7 persons per 100,000 people worldwide were victims of intentional homicide. While intentional homicides saw an overall decline over the past decade, people in some countries in Latin America, sub-Saharan Africa and Asia face a heightened risk of becoming a victim. The incidence of intentional homicide continues to vary markedly across regions. Latin American and the Caribbean had the highest rate by far—17 times that of Eastern and South-Eastern Asia and 20 times the rate in Australia and New Zealand. The majority of homicide victims are male. In recent years, four to five times as many males as females were murdered annually.

Number of victims of intentional homicide per 100,000 population, 2015 or latest year


Homicide rates are higher in countries with high income inequality


Countries with higher levels of income inequality tend to have higher rates of intentional homicide—a phenomenon that cuts across countries and regions. Since 2005, homicide rates have actually increased in a number of countries with high levels of income inequality, even while overall trends continued downward. Moreover, in 2015, these countries had, on average, a homicide rate that was nine times greater than countries where income was more evenly distributed.

Number of victims of intentional homicide per 100,000 population, by income inequality (as measured by a country’s Gini index), 2005 and 2015


Violent forms of discipline, including methods that rely on physical punishment, verbal intimidation and psychological aggression, are pervasive. Different forms of violent discipline tend to overlap and frequently occur together, exacerbating the short- and long-term harm they inflict. Such harm ranges from immediate effects to long-term damage that children carry well into adulthood. Despite their detrimental and long-lasting impact, violent forms of discipline are widespread. In 76 countries with available data from 2005 to 2016, on average, about 8 in 10 children aged 1 to 14 years were subjected to some form of psychological aggression and/or physical punishment on a regular basis. In all but seven of these countries, more than half of children experienced some form of psychological aggression and/or physical punishment at home.

Proportion of children aged 1 to 14 who experienced any violent discipline (psychological aggression and/or physical punishment) in the past month, 2005-2016 (percentage)

Note: For the period 2005-2016, data are available for 76 countries covering 26 per cent of the world’s population of children aged 1 to 14 years. The number of countries with available data is in parentheses. Oceania* refers to Oceania excluding Australia and New Zealand.


No region is immune from human trafficking


More than 570 different trafficking flows, which criss-cross the globe, were identified by law enforcement officers between 2012 and 2014. While trafficking affects all regions, many transnational flows involve the movement of victims from lowerto higher-income countries. Globally, more women and girls than men and boys were identified as victims of trafficking in 2014. However, the share of women and girls slowly declined, from 84 per cent in 2004 to 71 per cent in 2014. And while the share of victims trafficked for sexual exploitation has also fallen, the proportion of those trafficked for forced labour has increased. More than a quarter of all trafficking victims detected in 2014 were children, with girls outnumbering boys (20 per cent of total victims versus 8 per cent). In sub-Saharan Africa and Central America and the Caribbean, the majority of detected victims were children.

Main destinations of transregional trafficking flows and their significant origins, 2012-2014

Note: The arrows show the flows that represent 5 per cent or more of the total victims detected in destination sub-regions. The global map is for illustrative purposes only and does not imply the expression of any opinion whatsoever concerning the legal status of any country or territory, or concerning the delimitation of its frontiers or boundaries.


Rates of pretrial detention suggest that progress with respect to the rule of law and access to justice has been slow. Globally, the proportion of people held in detention without being tried or sentenced for a crime has remained almost unchanged—from 32 per cent of total prisoners in 2003-2005 to 31 per cent in 2013-2015. This indicates that no significant progress has been made in the ability of judicial systems to process and try the accused in an efficient manner. Northern Africa and Western Asia, which had one of the highest proportions of unsentenced detainees a decade ago, has made the most progress. In contrast, the highest proportion of unsentenced detainees remains in Central and Southern Asia, where over 60 per cent of the total prison population are being detained without a trial.


Opaque, burdensome and inefficient regulations and procedures provide a “cover” in which corrupt officials are able to extract bribes or unofficial payments. According to data from 2005 to 2016, over 18 per cent of firms worldwide reported receiving at least one bribery payment request. The share of firms in low- and lower-middle-income countries was 25 per cent, versus 4 per cent in high-income countries. Bribery often occurs in transactions necessary for a private firm to conduct business, such as paying taxes; obtaining an operating license, import license or construction permit; or obtaining an electrical or water connection. The data show that, across all regions, bribery is common when seeking to secure a government contract, with almost 30 per cent of firms reporting that they are expected to do so. In the worst-affected region, nearly one half of firms encounter bribery requests when engaging in public procurement.

Proportion of firms that paid and were expected to pay a bribe, 2016 (latest available)(percentage)


To provide a sound basis for development, government budgets should be comprehensive, transparent and realistic. Since 2005, 147 countries had carried out at least one assessment on government budget execution, with 103 of them having carried out multiple assessments. The results show that expenditures in nearly 2 out of 3 countries that completed at least one assessment were within 10 per cent of their original national budget estimates, and more than one third of the countries were within 5 per cent of their budgets. For the 103 countries that completed multiple assessments, budget reliability has improved over time in some regions, with about 80 per cent of countries in Eastern and South-Eastern Asia showing improvement. Implementing realistic budgets is particularly challenging in sub-Saharan Africa, where more than three quarters of countries were more than 5 per cent off, and about 40 per cent of countries experienced a deterioration in the reliability of their budget execution estimates.

The number of countries with available data is in parentheses. Oceania* refers to Oceania excluding Australia and New Zealand.


Birth registration is still limited in some regions


Birth registration is a first step towards safeguarding individual rights and providing every person with access to justice and social services. While some regions have reached universal or near-universal birth registration, globally the average is just 71 per cent, based on available data reported for 147 countries from 2010 to 2016 and covering 80 per cent of the world’s population of children under age 5. Less than half (46 per cent) of all children under age 5 in sub-Saharan Africa have had their births registered, while in Central and Southern Asia, and Oceania excluding Australia and New Zealand, the births of fewer than two in three children have been registered.

Proportion of children under 5 years of age whose births have been registered, 2010-2016 (percentage)

Note: For the period 2010-2016, data are available for 147 countries covering 80 per cent of the world’s population of children under 5 years of age. The number of countries with available data is in parentheses. Oceania* refers to Oceania excluding Australia and New Zealand.


Of the 102 journalists killed in 2016, nearly a third were in the Arab States


In 2016, 102 journalists lost their lives while attempting to do their jobs. This is a decrease from 2015, when 115 journalists were killed, but an increase from 2014 and 2013, when 98 and 90 journalists, respectively, lost their lives. The highest number of deaths (32) in 2016 occurred in the Arab States region, home to several armed conflicts. Earlier reports suggest that fewer than 1 in 10 cases of journalists killed between 2006 and 2015 led to a conviction; statistics are not yet available for the 2016 cases.

Number of journalists killed in 2016


More countries have adopted freedom-of-information legislation, but implementation lags behind


Freedom-of-information laws and policies have been adopted by 111 countries, with at least 15 countries adopting such laws over the past four years. Expert assessments, however, suggest that implementation remains a challenge. Among the 109 countries with implementation data, only 62 countries had clear legal provisions for exceptions to the right of access to information in 2016. Similarly, only 62 countries had sufficient provisions for promotional materials, including those relating to effective public awareness-raising. This means that in around 40 per cent of countries with freedom-of-information laws in place, the public may not be aware of their existence.

Number of countries with freedom-of-information laws/policies and degree of implementation, 2016


Independent national human rights institutions (NHRIs) encourage States to deliver on their human rights obligations, protect people from violence, and ensure that no one is left behind. By the end of 2016, 57 per cent of countries had an NHRI that had been reviewed for compliance with internationally agreed standards (the Paris Principles) by their peers and 37 per cent of countries were found to be compliant. Compliance was highest in Australia and New Zealand at 100 per cent. Compliance was higher than the global average in Europe and Northern America at 46 per cent. The values for all regions represent a significant global increase since 2000, when only 21 per cent of countries had been reviewed for compliance, and 16 per cent had an NHRI that was compliant. However, the low rates of compliance in some regions highlight the need for further capacity-building and international cooperation.