The 2030 Agenda for Sustainable Development provides a global blueprint for dignity, peace and prosperity for people and the planet, now and in the future. Three years into the implementation of the Agenda, countries are translating this shared vision into national development plans and strategies.

The Sustainable Development Goals Report 2018 highlights progress being made in many areas of the 2030 Agenda. Since the turn of the century, the maternal mortality ratio in sub-Saharan Africa has declined by 35 per cent and the under-five mortality rate has dropped by 50 per cent. In South Asia, a girl’s risk of marrying in childhood has declined by over 40 per cent. And, in the least developed countries, the proportion of the people with access to electricity has more than doubled. Globally, labour productivity has increased and unemployment rate decreased. More than 100 countries have sustainable consumption and production policies and initiatives.

However, the report also shows that, in some areas, progress is insufficient to meet the Agenda’s goals and targets by 2030. This is especially true for the most disadvantaged and marginalized groups. Youth are three times more likely to be unemployed than adults. Less than half of all children and adolescents meet minimum standards in reading and mathematics. In 2015, 2.3 billion people still lacked even a basic level of sanitation service and 892 million people continued to practise open defecation. Close to 1 billion mostly rural people still lack electricity. In sub-Saharan Africa, the HIV incidence among women of reproductive age is 10 times the global average. Nine out of 10 people living in cities breathe polluted air. And, while some forms of discrimination against women and girls are declining, gender inequality continues to hold women back and deprives them of basic rights and opportunities.

Conflict, climate change and growing inequalities add additional challenges. After a prolonged decline, the number of undernourished people rose from 777 million in 2015 to 815 million in 2016, mainly due to conflicts and drought and disasters linked to climate change. In 2017, the North Atlantic hurricane season was the most costly ever, and the past five-year average global temperature is the highest on record.

Without evidence of where we stand now we cannot confidently chart our path forward in realizing the Sustainable Development Goals. To that end, this report also reflects on the challenges faced in the collection, processing, analysis and dissemination of reliable, timely, accessible and sufficiently disaggregated data, and calls for better evidence-based policymaking. Today’s technology makes it possible to collate the data we need to keep the promise to leave no one behind. But, we need political leadership, resources and commitment to use the tools now available.

With just 12 years left to the 2030 deadline, we must inject a sense of urgency. Achieving the 2030 Agenda requires immediate and accelerated actions by countries along with collaborative partnerships among governments and stakeholders at all levels. This ambitious Agenda necessitates profound change that goes beyond business as usual. In doing its part, the United Nations has launched reform initiatives to reposition the United Nations development system to deliver on the 2030 Agenda. The objective is to be more effective, cohesive and accountable. We stand ready to work with all Member States to make the Sustainable Development Goals a reality for everyone, everywhere.

...Narrow the gaps. Bridge the divides. Rebuild trust by bringing people together around common goals. Unity is our path. Our future depends on it. 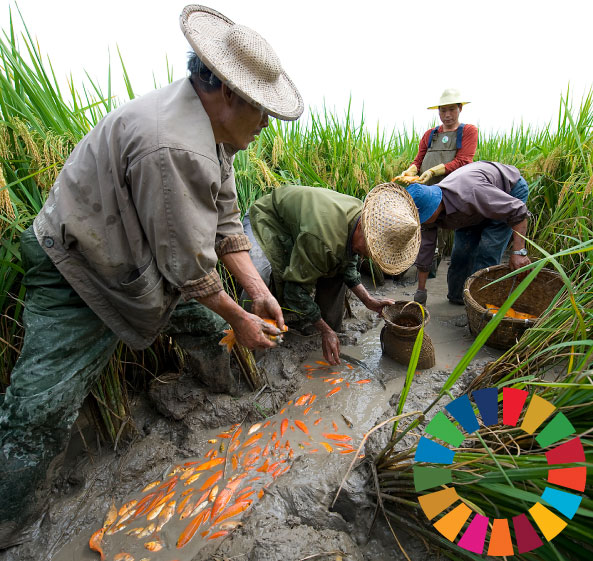