While primary responsibility for achieving the ambitious Goals and targets of the 2030 Agenda rests with individual countries, international support and partnerships are critical, especially for the poorest countries and for countries facing special challenges due to their geographic location. Goal 17 seeks to strengthen global partnerships to achieve the Agenda’s goals, bringing together national governments, the international community, civil society, the private sector and other actors. 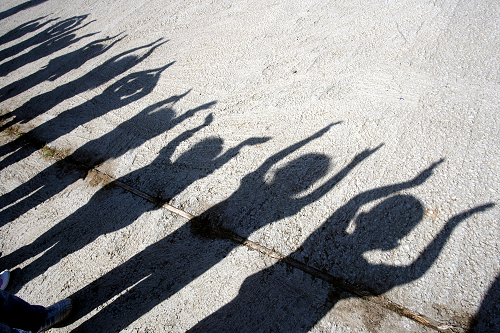 Official development assistance dropped slightly in 2017, due to lower costs for refugee assistance

In 2017, net official development assistance (ODA) from member countries of the Development Assistance Committee (DAC) of the Organization for Economic Cooperation and Development (OECD) totalled $146.6 billion. This represents a slight drop (of 0.6 per cent) in real terms from the 2016 level. The decline is mainly attributed to lower spending on refugees inside donor countries: in 2017, DAC countries reportedly spent $14.2 billion, or 9.7 per cent of total ODA, to host refugees in their countries; this represents a drop of 13.6 per cent in real terms compared to 2016. Bilateral ODA from DAC countries to LDCs increased by 4.0 per cent in real terms since 2016.

The United Nations has set a benchmark for ODA contributions of at least 0.7 per cent of a country’s gross national income (GNI). However, only five DAC countries—Denmark, Luxembourg, Norway, Sweden and the United Kingdom—met this target. Overall, ODA remained at 0.31 per cent of GNI in 2017. Humanitarian aid totalled $15.5 billion in 2017, an increase of 6.1 per cent in real terms compared to 2016.

Fixed-broadband subscriptions per 100 inhabitants in developing and developed countries, by type of speed, 2015 and 2016
Developing countries

Despite a global rise in subscriptions for high-speed fixed broadband, access to this type of Internet connection remains largely unavailable for residents across the developing world. In 2016, only 6 per cent of the population in these countries had access to high-speed fixed broadband Internet, compared to 24 per cent in the developed regions. Such access can enhance international cooperation, improve access to science, technology and innovation, and facilitate knowledge-sharing. Conversely, limitations in the capacity and speed of fixed-broadband connections affect the quality and functionality of this development tool, widening existing inequalities.

Despite the upward trend in volume over the last decade, the growth of ODA and FDI has stagnated over the last several years. Compared to the two other types of external finance, personal remittances tend to be a more reliable, less volatile, source of income. In 2016, remittances to low- and lower-middle-income countries were more than three times the amount of ODA and were greater than ODA and FDI combined. Along with FDI and ODA, remittances can ease the credit constraints of poor households, facilitate asset accumulation and business investments, and reduce poverty.


Market shares of developing regions and LDCs have declined

Stagnation in global trade since 2011 has been accompanied by a break in the expansion of world market shares among developing regions and LDCs. Among developing regions, the share of global merchandise exports declined for two consecutive years: from 45.4 per cent in 2014 to 44.2 per cent in 2016, a sharp contrast to an average annual increase of 1.2 percentage points between 2001 and 2012. Among LDCs, the share of global merchandise exports decreased from 1.1 per cent in 2013 to 0.9 per cent in 2016, compared to a rise from 0.6 per cent to 1.1 per cent between 2000 and 2013. A similar trend was seen for service exports: the LDC share of such exports stood at 0.74 per cent in 2016, a slight drop from the 2013 level. Much of the decline in their share of global exports can be attributed to a drop in commodity prices, since exports from many LDCs are concentrated in primary commodities such as minerals, ores and fuels.

Extent of use of country-owned results frameworks and planning tools by providers of development cooperation in fragile and non-fragile countries, 2016 (percentage)

Development partners need to do more to align their support with governments' national development strategies and results frameworks, particularly in fragile countries, respecting the country’s policy space and leadership in establishing its own path towards sustainable development. Forty fragile countries participated in a global exercise in 2016 to monitor the alignment of development projects to national frameworks and priorities. It found that 82 per cent of new development projects had objectives aligned with national priorities. However, when defining the expected results of these projects, only 58 per cent of results indicators were drawn from country-led results frameworks. More than half of the projects relied on parallel systems and data to monitor progress and development results, instead of integrating these monitoring efforts into existing government systems.


Most countries in sub-Saharan Africa have national statistical plans, but few of them are fully funded

In 2017, 102 countries or areas were implementing national statistical plans. Sub-Saharan Africa led this effort among developing regions, with plans in 31 countries under way. However, among 56 countries worldwide with fully funded plans, 26 were in Europe and Northern America, and only three were in sub-Saharan Africa. Establishing strong, coherent and feasible national statistical plans that have political support has proven effective in building capacity across entire national statistical systems. This allows countries to respond to the growing demand for data while also providing a framework through which to mobilize both national and international resources.


The share of ODA for statistical capacity-building remains low, despite growing demands

In 2015, developing countries received $541 million in financial support from multilateral and bilateral donors for all areas of statistics. Support for statistics in LDCs amounted to $177 million in 2015, compared to $106 million in 2010. Despite growing awareness of the importance of statistics, prompted largely by the SDGs, the share of ODA dedicated to statistics has hovered at around 0.3 per cent since 2010. Continued and increased technical and financial support is needed to ensure that countries in developing regions have the necessary data to fully implement and monitor their national development agendas.


Censuses and vital statistics are still not universal

Population and housing censuses provide basic information on the size, growth, distribution, location and characteristics of a country’s population. They result in a wide range of statistical information, allowing detailed disaggregation of data needed to formulate, implement and monitor development policies and programmes. During the decade from 2008 to 2017, 89 per cent of countries or areas around the world conducted at least one population and housing census.