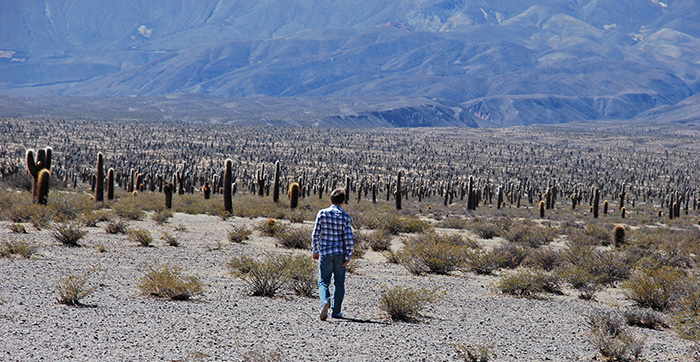 Ending environmental decline and restoring our planet is fundamental to sustainable development. Nevertheless, forests are being cut down, biological diversity is declining, and terrestrial ecosystems are being degraded at alarming rates, with profound consequences for human survival and well-being. Land degradation now affects one fifth of the Earth’s land area. Wildlife trafficking threatens human health, economic development and security through the spread of zoonotic diseases (transmitted from animals to humans), which now represent the majority of emerging infectious diseases. The COVID-19 pandemic has reminded us that by threatening biodiversity, humanity threatens its own survival.

To address these challenges, considerable efforts are being made to expand sustainable forest management and to protect sites critical to biodiversity. Countries are also enacting legislation and accounting principles to make nature “count” and to address threats to biodiversity, such as the growing spread of invasive alien species. It is time to put the health of the planet at the centre of all our plans and policies.

Human activities are causing biodiversity to decline faster than at any other time in human history. The world has fallen short on its 2020 targets to halt biodiversity loss. The Red List Index of the International Union for Conservation of Nature (IUCN), which monitors the overall extinction risk for various species, shows a 10 per cent decline since 1993. Among 134,400 species assessed, 28 per cent (more than 37,400 species) are threatened with extinction, including 41 per cent of amphibians, 34 per cent of conifers, 33 per cent of reef-building corals, 26 per cent of mammals and 14 per cent of birds. The main drivers of species loss are agricultural and urban development; unsustainable harvesting through hunting, fishing, trapping and logging; and invasive alien species.

Fortunately, conservation actions could stave off further species losses. For example, many bird and mammal species have benefited from invasive species control, conservation in zoos and other collections, and site protection. Since 1993, conservation actions have prevented the extinction of 21 to 32 species of birds and 7 to 16 species of mammals. Considering that 10 bird and 5 mammal species were confirmed or suspected to have been driven to extinction over this period, such actions have reduced extinction rates by three to four times compared with what would have been anticipated.

Best estimates of the proportions of species threatened with extinction in the Red List Index, by species group, 2021 (percentage)

Carefully targeted policy interventions can safeguard KBAs and the communities that depend on them. In Cameroon, in August 2020, the Government cancelled a logging operation in the Ebo Forest, which makes up half of the Yabassi KBA. Ebo is a large intact forest system that is home to 12 species of plants found nowhere else on Earth. Animal inhabitants include gorillas, chimpanzees, forest elephants, Preuss’s red colobus monkeys and many others. Ebo Forest is also the ancestral land of more than 40 communities whose livelihoods are intertwined with the area’s abundant and diverse natural resources.

Forests are repositories for most of the world’s biodiversity, covering 4.1 billion hectares of land. They help regulate the water cycle, mitigate climate change and are a direct source of food, income, shelter and energy for some 1.6 billion people. Sustainable forest management aims to maintain and enhance the economic, social and environmental value of all types of forests, for current and future generations. There was notable progress towards the sustainable management of the world’s forest from 2000–2010 to 2010–2020. The area of forest under certification increased or remained stable at the global level and in most regions, as did the proportion of forests in protected areas or under long-term management plans, and the above-ground forest biomass per hectare.

Although the rate of decline has slowed, the loss of forests globally remains alarming. The proportion of forest area fell from 31.9 per cent of the world’s total land area in 2000 to 31.2 per cent in 2020. This translates to a net loss of almost 100 million hectares. The rate of forest loss has increased in South-Eastern Asia and Africa, and also in LDCs, landlocked developing countries and SIDS, mostly due to the conversion of forest to agricultural land. Deforestation and forest degradation remain monumental challenges, especially in the tropics. The continuing disappearance of forests signals the need for accelerated action to reduce deforestation, restore degraded lands and implement sustainable forest and land management practices. Such actions will also enhance the resilience of ecosystems to climate change, protect biodiversity and support rural livelihoods.

Invasive alien species are animals, plants or other organisms introduced by humans into ecosystems outside their natural range, which have become established and negatively affect native biodiversity. Such species are a major driver of biodiversity loss and species extinction. They also negatively impact ecosystem services, human livelihoods and well-being, and economies. Invasive alien species are introduced to new areas either intentionally – by hunting or fishing, for example – or unintentionally, through a contaminant on traded goods, for instance, or as a “hitchhiker” on vehicles or boats. With the increased movement of people and goods around the world, the number of established alien species is expected to increase by 36 per cent between 2005 and 2050.

Preventing the introduction of invasive alien species is the most cost-effective way to address their impacts, which are estimated to cost the global economy billions of dollars annually. Governments are responding. Nearly all countries (98 per cent) now have national legislation to prevent or control invasive alien species, but the sectoral coverage of such legislation varies widely. Most countries have adopted legislation relevant to plant and animal health in agriculture (92 per cent and 82 per cent, respectively), but fewer have legislation focused on the environment (42 per cent) or fisheries and aquaculture (27 per cent).

Adequate resources are crucial to an effective response. However, only 55 per cent of countries have reported allocations from their national budgets to deal with invasive species, while only 37 per cent have accessed global financing mechanisms.