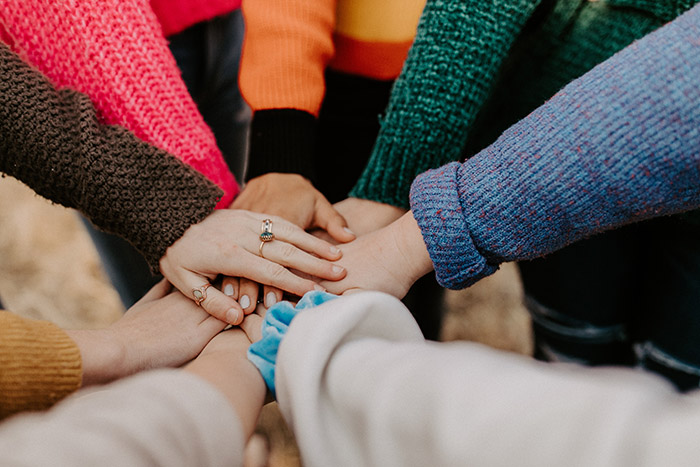 Support for implementing the SDGs has been steady but fragile, with major and persistent challenges. Financial resources remain scarce, trade tensions have been increasing, and crucial data are still lacking. The COVID-19 pandemic is now threatening past achievements, with trade, foreign direct investment and remittances all projected to decline. The pandemic also appears to be accelerating existing trends of global value chain decoupling. One of the few bright spots at this time is the increased use of technology as people flock to the Internet to work, shop and connect with others, but even this draws attention to a still-enormous digital divide. Containing COVID-19 requires the participation of all Governments, the private sector, civil society organizations and ordinary citizens around the world. Strengthening multilateralism and global partnership are more important than ever.

Major donors say they will strive to protect ODA budgets, even as the coronavirus upends the global economy

Net ODA flows by member countries of the Development Assistance Committee (DAC) of the Organization for Economic Cooperation and Development totalled $147.4 billion in 2019. This was almost the same as in 2018, but with an increased share going to the most disadvantaged countries. Net bilateral aid to Africa and to LDCs rose in real terms by 1.3 per cent ($37 billion) and 2.6 per cent ($33 billion), respectively, from 2018.

Concessional finance for the health sector from all donors averaged $26 billion per year in real terms between 2016 and 2018. In 2018, the United States, the Global Fund and the Bill and Melinda Gates Foundation accounted for more than half of this total, providing $8.6 billion, $3.3 billion and $2.6 billion, respectively. Total ODA for infectious diseases amounted to $6 billion.

ODA has long been a source of financing to cushion the immediate impact of crises, and can be an important part of the global response to this pandemic. Nevertheless, the magnitude of the crisis could put pressure on donors’ aid budgets, despite DAC issuing a statement on 9 April 2020 that members will “strive to protect ODA budgets”.

After reaching a new high, remittances are expected to drop dramatically in 2020

Remittance flows to low- and middle-income countries are estimated to have reached $554 billion in 2019. Remittances have exceeded official aid by a factor of three since the mid-1990s. In 2019, remittances overtook even foreign direct investment flows to low- and middle-income countries. The growth of remittances slowed to 4.7 per cent in 2019 compared with a robust 8.6 per cent the previous year.

Global remittances are projected to decline by about 20 per cent in 2020 due to the COVID-19 pandemic and shutdown – the steepest decline in recent history. This is largely the result of a fall in the wages and employment of migrant workers, who tend to be more vulnerable than non-migrants in economic crises in host countries. Remittances to low- and middle-income countries – an economic lifeline for many poor households – are projected to fall by 19.7 per cent in 2020, reaching $445 billion.

Global foreign direct investment (FDI) to developing economies remained stable in 2018. It rose by 2 per cent to $706 billion, but with significant differences among regions. Developing countries in Asia, already the largest recipient region of FDI, registered a rise of 4 per cent to $512 billion in 2018, with growth occurring in all subregions. FDI to Africa expanded by 11 per cent to $46 billion, but was still below the annual average of the last 10 years (about $50 billion). FDI to Latin America and the Caribbean totalled $147 billion in 2018, a 6 per cent drop after an increase in 2017.

FDI is expected to decline by up to 40 per cent in 2020 as a result of delayed investment caused by the shock in global demand, and by a further 5 to 10 per cent in 2021. The pandemic has the potential to accelerate existing trends that show a decoupling of global value chains and reshoring, driven by a desire on the part of multinational enterprises to make supply chains more resilient.

Global merchandise trade is projected to decline by 13 to 32 per cent in 2020 as a result of the COVID-19 pandemic. Trade-weighted tariffs decreased from 2.2 per cent in 2017 to an average of 2.1 per cent worldwide in 2018. The preferential tariffs offered by World Trade Organization members providing unilateral concessions of preferences have reached an average low level of 1.1 per cent for both developing countries and LDCs. Difficulties in complying with conditions for preferential treatment – and the increasing number of trade agreements among developed countries – may narrow the window of opportunity that these rates offer to developing country exporters.

The share of LDC exports in global merchandise trade was just above 1 per cent in 2018, a slight increase from 2017. This is roughly the same level of 10 years ago, and far from the target of doubling by 2020. The share of global exports in services of LDCs reached 0.8 per cent in 2018. However, participation remains concentrated within a few economies, particularly in Asian countries, with most other LDCs struggling to export services internationally.

The Internet is now essential for many daily activities, but half the world’s population is still not connected

During coronavirus lockdowns, many people are forced to rely on the Internet for daily activities, including working from home, taking online classes, shopping and socializing. However, almost half of the world’s population is not connected, particularly in poor countries. At the end of 2019, 53.6 per cent of people (4.1 billion) were using the Internet, with wide regional disparities. In 2018, only 20 per cent of the population in Oceania (excluding Australia and New Zealand) and 26 per cent in sub-Saharan Africa were using the Internet compared with 84 per cent in Europe and Northern America and 87 per cent in Australia and New Zealand.

While the need for sound data continues to escalate, poorer countries lack the resources to produce them

In 2019, most countries reported that they were carrying out a national statistical plan (141 countries, up from 129 in 2018). However, many also said that they lacked sufficient funding for full implementation. Only 25 per cent of plans were fully funded in sub-Saharan Africa (9 out of 36 countries), compared with 95 per cent (36 out of 38 countries) in Europe and Northern America.

From 2016 to 2017, ODA for data and statistics rose by 11 per cent, from $623 million to $690 million, but this was only 0.34 per cent of total ODA. International funding for data and statistics is about half the level it needs to be. Over the past three years, countries in sub-Saharan Africa benefited most, receiving $885 million, a significant increase in funding. Continued and increased technical and financial support is needed to ensure that countries in developing regions are better equipped to monitor progress of their national development agendas.