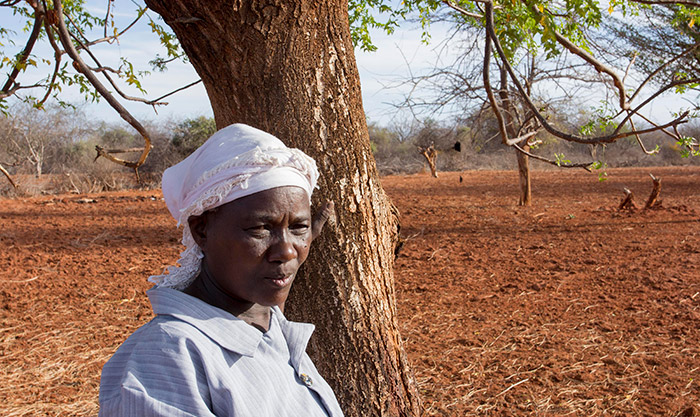 Conservation of terrestrial ecosystems is not trending towards sustainability. Forest areas continue to decline at an alarming rate, protected areas are not concentrated in sites known for their biological diversity, and species remain threatened with extinction. Moreover, surging wildlife crime, land use changes such as deforestation, and habitat encroachment are primary pathways of transmission for emerging infectious diseases, including COVID-19, threatening public health and the world economy.

Valiant efforts are being made to turn the tide. These include the expansion of sustainable forest management and gains in protected area coverage for terrestrial, freshwater and mountain areas. Countries are making progress in implementing programmatic, legislative and accounting principles to protect biodiversity and ecosystems. In order to build back better following the global pandemic, these gains need to be solidified and reinforced. Equally important is the need to foster awareness of the interconnections between people and the natural world to ensure more balanced coexistence.

Seventy-five per cent of emerging infectious diseases, such as bird flu and Ebola, are zoonotic – they are transmitted from wildlife to people. Transmission occurs through human contact with affected wild animals and tends to happen when populations encroach on natural habitats and engage in activities that disrupt ecosystems, such as wildlife trafficking.

Pangolins, scaly anteaters found in Africa and Asia, are the most heavily trafficked wild mammal on Earth. They are among the leading suspects in intermediary animals that transferred the coronavirus from wild bats to people. Pangolin meat is sold in wet markets, which have been identified as possible sites where the coronavirus jumped to humans.

Since 2014, the number of whole pangolin equivalents seized for trafficking globally has increased tenfold. Seizures represent only a fraction of the animals killed. Between 2014 and 2018, the equivalent of 370,000 pangolins were seized globally, suggesting that millions were trafficked and killed, despite a January 2017 ban on legal trade in all eight species. Currently, seized pangolins are primarily from Western and Central Africa and are intended for Asian markets.

Wildlife crime, such as illicit poaching and trafficking of pangolins and other animals, not only threatens ecosystem health and biodiversity. It also has the potential to disrupt human health, economic development and security around the world, as we are now witnessing first-hand.

Note: Number of whole pangolin equivalents refers to seizures of pangolin bodies, scales,meat, trophies as well as live pangolins. ** Data collection for 2018 is not yet complete.

Globally, one fifth of the Earth’s land area (more than 2 billion hectares), an area nearly the size of India and the Russian Federation combined, is degraded. Land degradation is undermining the wellbeing of some 3.2 billion people, driving species to extinction and intensifying climate change. From 2000 to 2015, global trends in land cover indicated a net loss in natural and semi-natural classes of land. These losses resulted from direct and indirect factors, including deforestation, unsustainable agricultural practices and urbanization, as well as land tenure and poverty. Land use change, a key driver of land degradation, is also one of the primary transmission pathways for emerging infectious diseases.

By early 2020, 123 countries had committed to setting voluntary targets to achieve “land degradation neutrality”, a global target adopted in the 2030 Agenda, and 60 countries had officially endorsed those targets. Reversing the current trend in land degradation would not only improve biodiversity and the well-being of billions of people, it would contribute positively to the climate crisis through restoration, conservation and other land management actions.

The world is falling short on 2020 targets to halt biodiversity loss, despite some progress

Five targets linked to biodiversity under Goal 15 will mature in 2020. Based on current progress, most of them are unlikely to be met by the deadline. At the High- level Political Forum in 2019, United Nations Member States committed to “…maintain the integrity of the 2030 Agenda, including by ensuring ambitious and continuous action on the targets of the Sustainable Development Goals with a 2020 timeline”.

The world’s forest area continues to shrink, although at a slightly slower pace than in previous decades. From 2015 to 2020, the annual rate of deforestation was estimated at 10 million hectares, down from 12 million hectares over 2010 to 2015. The proportion of forest area globally declined from 31.9 per cent in 2000 to 31.2 per cent in 2020. This represents a net loss of almost 100 million hectares, primarily due to agricultural expansion. These lost forests mean the disappearance of livelihoods in rural communities, increased carbon emissions, diminished biodiversity and the degradation of land. While forest loss remains high, 2020 data show that the proportion of forests in protected areas and under long-term management plans, as well as certified forest area, increased or remained stable at the global level and in most regions of the world. Today, out of 4.06 billion hectares of forest, more than half are subject to management plans. Additionally, the share of forests designated primarily for soil and water protection is increasing, growing especially over the last decade.

Less than half of key biodiversity areas are under protection, while progress has slowed considerably

Biodiversity is declining at an alarming rate

An irreversible effect of human activity on the environment is species extinction, which upsets the balance of nature and makes ecosystems more fragile and less resistant to disruptions. Globally, species extinction risk has worsened by about 10 per cent over the last three decades, with the Red List Index declining from 0.82 in 1990 to 0.75 in 2015, and to 0.73 in 2020 (a value of 1 indicates no species are at risk of extinction in the immediate future, while a value of 0 indicates all species are extinct). This translates into more than 31,000 species threatened with extinction due primarily to habitat loss from unsustainable agriculture, deforestation, unsustainable harvest and trade, and invasive alien species. If current trends continue, the Red List Index will drop to or below 0.70 by 2030. Averting this dangerous threshold will necessitate a dedicated emergency response to safeguard critically endangered species and reduce extinction risk driven by agriculture, industry, trade and other sectors. The post-2020 biodiversity framework aims to bend the curve on biodiversity loss, such that increases in extinction risk would be halted or reversed by 2030 and on track towards recovery by 2050.

Red List Index of species survival, 1993–2020, and projections for 2021–2030 (based on a business-as-usual extrapolation of the global indicator)

Recognizing the importance of biodiversity in supporting economies, food production and human health, many national and local development plans and national accounting and reporting systems have integrated the values reflected in international treaties and strategic plans on biodiversity. As of January 2020, 129 parties (including the European Union) had submitted their sixth national reports under the Convention on Biological Diversity, and 113 parties had assessed progress towards national targets related to Aichi Biodiversity Target 2. About 32 per cent of parties are on track to achieve or exceed their national targets; 50 per cent have made progress, but not enough to meet the targets by 2020; and 7 per cent reported that they are making no progress or moving away from their targets.

Progress towards national targets established in accordance with Aichi Biodiversity Target 2 of the Strategic Plan for Biodiversity, 2011–2020