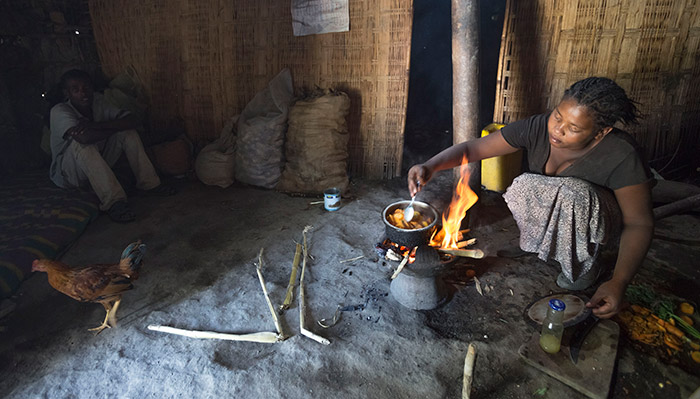 The world continues to advance towards sustainable energy targets, although efforts are not of the scale required to achieve Goal 7 by 2030. Some progress has been made in improving energy efficiency and expanding access to electricity. However, millions of people across the globe still lack this basic service, and progress on clean cooking fuels and technologies has stagnated, affecting the health of billions of women and children in particular.

The COVID-19 pandemic is highlighting the urgent need for affordable and reliable energy – for hospital and health facilities to treat patients, for communities to pump clean water and access vital information, and for out-of-school children to learn remotely. At the same time, the crisis is certain to stymie efforts towards Goal 7. Disruptions in supply chains could wreak havoc on energy services, and reduced incomes could limit people’s ability to pay for them. In addition, plummeting oil prices are likely to discourage growth in renewable energy.

Deficits in electricity are increasingly concentrated in sub-Saharan Africa

The COVID-19 pandemic spotlights the need for reliable and affordable electricity. A 2018 survey conducted in six African and Asian countries showed that one quarter of health facilities surveyed were not electrified, and another quarter experienced unscheduled outages, which affected their capacity for essential health services. Damage to equipment caused by poor connections and voltage fluctuations impacted 28 per cent of health centres. These deficits further weaken the response of health systems to the coronavirus crisis.

To meet the target of universal access to electricity by 2030, the annual rate of electrification has to rise from the current 0.82 percentage points to 0.87 for 2019 to 2030. At the current rate of progress, a projected 620 million people would still lack access to electricity in 2030. This estimate does not, however, take into account the disruptions caused by COVID-19.

Access to clean cooking fuels and technologies increased from 56 per cent of the global population in 2010 to 60 per cent in 2015 and 63 per cent in 2018. Approximately 2.8 billion people remain without access, a number that has stayed roughly the same over the past two decades. Promising improvements have been made in various Asian regions. However, in sub-Saharan Africa, population growth between 2014 and 2018 outstripped growth in access by an average of 18 million people each year. Slow progress towards clean cooking solutions is of grave global concern, affecting both human health and the environment. Under current and planned policies, 2.3 billion people would still be deprived of access to clean cooking fuels and technologies by 2030. This means that nearly one third of the world’s population, mostly women and children, will continue to be exposed to harmful household air pollution.

Annual incremental increases in population and population with access to clean cooking fuels and technologies, 2014—2018 (millions of people)

Sub-Saharan Africa had the highest share of renewable energy in total energy consumption in 2017, although 85 per cent of it was due to traditional uses of biomass. Latin America and the Caribbean had the largest share of modern renewables among all regions owing to heavy reliance on hydropower and the extensive use of modern bioenergy across all sectors.

Proportion of renewable energy in total final energy consumption and by end use, 2010 and 2017 (percentage)

Improving energy efficiency is crucial to reaching the global climate goal of reducing greenhouse gas emissions. In 2017, global primary energy intensity (defined as total energy supply per unit of GDP) was 5.0 megajoules per dollar – a 1.7 per cent annual improvement from 2016, but the lowest annual improvement since 2010. Nevertheless, progress of 2.2 per cent annually between 2010 and 2017 was more sustained than historical trends.

The 2030 SDG target calls for a doubling of the historical rate of 1.3 per cent improvement in energy intensity between 1990 and 2010. Preliminary estimates for 2018 and 2019 are 1.3 per cent and 2.0 per cent, respectively. This suggests that the improvement rate would reach approximately 2.1 per cent between 2010 and 2019, thus falling below the annual 2.6 per cent target rate. Meeting the SDG target will require an improvement rate of at least 3 per cent per year from now to 2030 – a challenging proposition.

The rise in international financing for renewable energy is encouraging, but only a fraction of it is reaching the poorest countries

International public financial flows to developing countries in support of clean and renewable energy reached $21.4 billion in 2017. This is 13 per cent more than in 2016 and double the level of 2010. Investment in hydropower projects represented 46 per cent of 2017 flows, followed by investments in solar (19 per cent), wind (7 per cent) and geothermal energy (6 per cent). While the progress is encouraging, only 12 per cent of these financial flows reached the least developed countries, which are the farthest behind in reaching Goal 7 targets. Focused attention is needed to ensure that financing reaches countries most in need.

International financial flows to developing countries in support of clean and renewable energy by type of technology, 2010–2017 (billions of dollars at 2017 prices and exchange rates)