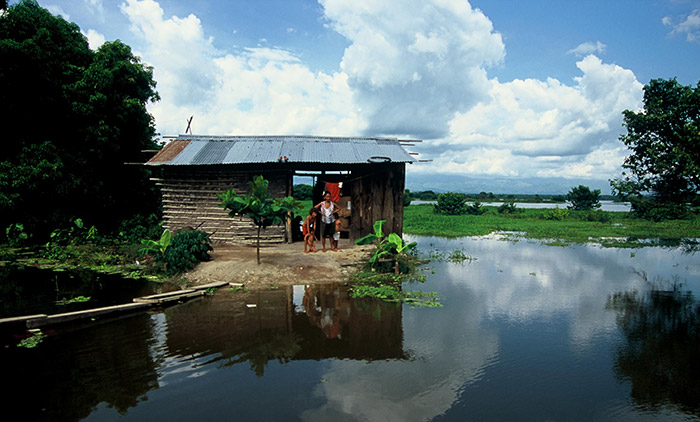 The climate crisis continues unabated as the global community shies away from the full commitment required for its reversal. The year 2019 was the second warmest on record and the end of the warmest decade (2010–2019), bringing with it massive wildfires, hurricanes, droughts, floods and other climate disasters across continents. Global temperatures are on track to rise as much as 3.2°C by the end of the century. To meet the 1.5°C – or even the 2°C – maximum target called for in the Paris Agreement, greenhouse gas emissions must begin falling by 7.6 per cent each year starting in 2020. However, despite the drastic reduction in human activity due to the COVID-19 crisis, the resulting 6 per cent drop in emissions projected for 2020 falls short of this target, and emissions are expected to rise as restrictions are lifted.

If the world does not act now, and forcefully, the catastrophic effects of climate change will be far greater than the current pandemic. Governments and businesses should use the lessons learned and opportunities arising from this crisis to accelerate the transitions needed to achieve the Paris Agreement and the Sendai Framework for Disaster Risk Reduction 2015–2030, redefine our relationship with the environment, and make systemic shifts and transformational changes to become low-greenhouse-gas emission and climate-resilient economies and societies.

The world is way off track to meet the Paris Agreement target, signalling cataclysmic changes ahead

To mitigate the threat of runaway climate change, the Paris Agreement calls for limiting global warming to 1.5°C. This requires global emissions to peak as soon as possible, with a rapid fall of 45 per cent from 2010 levels by 2030, and to continue to drop off steeply to achieve net zero emissions by 2050. The world is way off track in meeting this target at the current level of nationally determined contributions. Global greenhouse gas emissions of developed countries and economies in transition have declined by 6.5 per cent over the period 2000–2018. Meanwhile, the emissions of developing countries are up by 43.2 per cent from 2000 to 2013. The rise is largely attributable to increased industrialization and enhanced economic output measured in terms of GDP.

As of 31 March 2020, 189 parties had ratified the Paris Agreement, and 186 parties (185 countries plus the European Union) had communicated their first nationally determined contributions to the United Nations Framework Convention on Climate Change Secretariat. Three parties had communicated their second nationally determined contributions. In addition, 17 long-term strategies, 18 national adaptation plans, and 2 adaptation communications were submitted by parties. By 2020, parties are expected to update existing nationally determined contributions or communicate new ones, with a view to substantially increasing the ambitiousness of proposed climate action. The COVID-19 pandemic, which has throttled economic activity and disrupted business as usual worldwide, offers an opportunity for countries to reassess priorities and to rebuild their economies to be greener and more resilient to climate change.

Financing for climate action has increased substantially, but it continues to be surpassed by investments in fossil fuels

Global climate-related financial flows saw a 17 per cent rise from 2013–2014 to 2015–2016, from $584 billion to $681 billion. The spurt in growth was largely due to high levels of new private investment in renewable energy, which represents the largest segment in total climate-related flows. However, investments in climate activities across sectors continued to be surpassed by those related to fossil fuels in the energy sector, which totalled $781 billion in 2016. To achieve a low-carbon, climate-resilient transition, a much greater scale of annual investment is required.

National adaptation plans (NAPs) help countries achieve the global goal on adaptation under the Paris Agreement – namely, to enhance adaptive capacity, strengthen resilience and reduce vulnerability to climate change. In 2019, at least 120 of the 153 developing countries had undertaken activities to formulate and implement NAPs, an increase of 29 countries over the previous year. Eighteen countries, including five LDCs and four small island developing States, have completed and submitted their NAPs to the United Nations Framework Convention on Climate Change Secretariat, while many others are at various stages in the process.

Funding for the formulation of NAPs is provided by the Green Climate Fund, through its Readiness and Preparatory Support Programme, and by the Least Developed Countries Fund. As of December 2019, 81 countries had submitted 83 proposals totalling $203.8 million in requested support from the Green Climate Fund. Of these countries, 29 (35 per cent) were LDCs. A total of 40 proposals had been approved, 14 of them (35 per cent) from LDCs. Fewer proposals (12 as of 3 October) were submitted in 2019 than in previous years (22 in 2018 and 42 in 2017). Nine project proposals under the Least Developed Countries Fund were also approved to support the formulation and implementation of NAPs.

Measures undertaken by developing country parties in the process of formulating and implementing national adaptation plans, as of December 20191 (number of countries)

Despite its glaring relevance, progress in meeting the 2020 disaster risk reduction target has been slow

Alignment of national disaster risk reduction strategies of the 85 countries reporting to the Sendai Framework, 2015-2019, by degree of alignment measured by scores between 0 and 1 (number of countries)