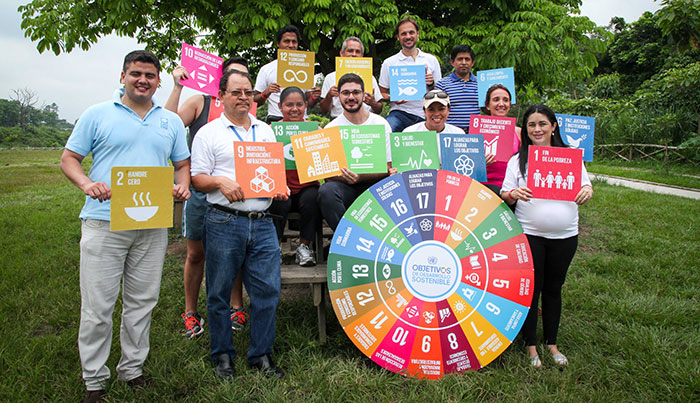 Support for implementing the SDGs is gaining momentum, but major challenges remain. A growing share of the global population has access to the Internet, and a Technology Bank for LDCs has been established, yet the digital divide persists. Personal remittances are at an all-time high, but ODA is declining, and private investment flows are often out of sync with sustainable development. Moreover, global growth has slowed due to ongoing trade tensions, and some governments have retreated from multilateral action. With the stakes so high, strong international cooperation is needed now more than ever to ensure that countries have the means to achieve the SDGs.

Despite pledges to boost development financing, aid levels are falling

ODA is the largest source of external financing for LDCs. Nevertheless, in 2018, less aid went to LDCs and African countries, where it is needed most. Preliminary figures indicate that bilateral ODA to LDCs fell by 3 per cent in real terms from 2017, and aid to Africa fell by 4 per cent. Donor countries are not living up to their pledge to ramp up development finance, tamping down efforts to achieve global Goals.

Effective mobilization of domestic resources, including through taxation, is critical to achieving the SDGs

The effective mobilization and use of domestic resources, underscored by the principle of national ownership, is vital to achieving the SDGs. Assessing the tax burden—that is, revenue in the form of taxes—is an important fiscal policy exercise with economic and social implications. The average overall rate of taxation among the Group of 20 and other advanced economies was 23 per cent of GDP in 2017, compared to 18 per cent among developing and emerging market economies.

On average, in 2017, the share of government expenditure funded by taxes was 64 per cent among the Group of 20 and other advanced economies and 61 per cent among emerging market economies. Globally, the slight reduction in the role of taxes in government spending—from an average of 64.5 per cent in 2005 to 62.3 per cent in 2017—may be attributable to a combination of improved revenue mobilization and public financial management.

A well-functioning revenue mobilization system is a prerequisite for strong, sustained and inclusive economic development. However, countries must custom-build the components of such a system and its overarching fiscal framework.

Share of government expenditure funded by domestic taxes, 2005 and 2017 (percentage)

However, the benefits of remittances from international migrant workers are reduced by the high cost of transferring money. In the first quarter of 2019, the average cost of sending $200 was still high, at around 7 per cent. That is more than double the SDG target of 3 per cent by 2030. The cost of money transfers was highest across many African corridors and small islands in the Pacific, at about 10 per cent.

Decreasing tariffs provide wider access to goods and contribute to a more open trading system. However, ongoing and increasing trade tensions among large economies have adversely affected consumers and producers worldwide and negatively impacted business and financial markets. Those tensions also cast doubt on the future of a sound multilateral trading system under the World Trade Organization.

In 2017, trade-weighted tariffs decreased to an average of 2.2 per cent worldwide. Large differences were found at the regional level, however, reflecting global economic imbalances. The highest tariff rates in 2017 were applied by sub-Saharan African and LDCs, averaging 7.1 per cent and 7.8 per cent, respectively, of the value of imported merchandise. Those tariffs were significantly higher than those applied by high-income countries (1.2 per cent) as well as developing regions as a whole (3.7 per cent). South-Eastern Asia had an import tariff rate of 1.7 per cent, indicating the region’s growing openness to international trade.

More than half the world’s population is online; attention must now be directed to the other half

The Internet can be a gateway to development, and a means of implementation for many of the SDGs. At the end of 2018, more than half the world’s population (3.9 billion people) used the Internet—an important step towards a more inclusive global information society. Over 80 per cent of people in developed countries were online in 2018 compared to 45 per cent in developing countries, and only 20 per cent in LDCs.

Access to broadband networks is believed to have a significant impact on global economic output. An increase of 1 per cent in fixed broadband penetration—the number of subscriptions per 100 inhabitants—is associated with a rise of 0.08 per cent in global GDP, on average. The impact is higher in developed countries than in developing countries. Globally, growth in fixed broadband subscriptions has been sustained, with the penetration rate rising from 3.4 per 100 inhabitants in 2005 to 14.1 in 2018.

Proportion of population using the Internet, by country groupings and globally, 2018 (percentage)

Financial support for statistics has increased, but is still not sufficient to meet demand created by the SDGs

In 2016, countries received support valued at $623 million from multilateral and bilateral donors for all areas of statistics, up from $591 million in 2015. Such support increased by almost $400 million from 2006 to 2016, yet was still insufficient to satisfy data and statistical demands created by the SDGs. To meet statistical capacitybuilding objectives by 2030, current commitments to statistics— 0.33 per cent of total ODA—need to double.

Proportion of countries with national statistical plans, by level of funding, 2018 (percentage)


* Excluding Australia and New Zealand.
Note: Numbers in parentheses reflect the number of countries for which a national statistical plan is under implementation.