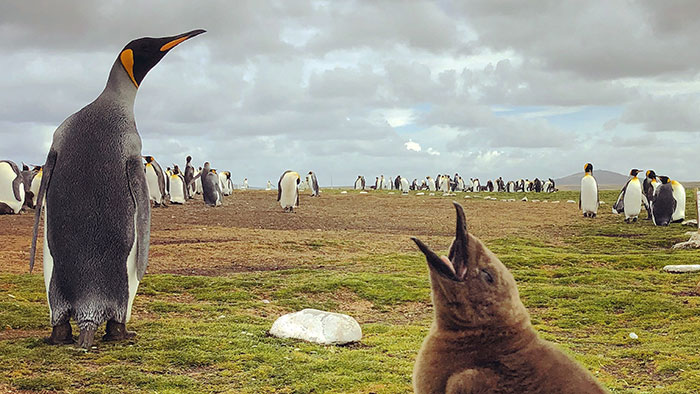 As greenhouse gas levels continue to climb, climate change is occurring much faster than anticipated, and its effects are evident worldwide. The global mean temperature for 2018 was approximately 1°C above the pre-industrial baseline, and the last four years have been the warmest on record. Sea levels continue to rise at an accelerating rate.

Climate change is the defining issue of our time and the greatest challenge to sustainable development. Its compounding effects are speeding up its advance, leaving very little time to act if we want to prevent runaway climate change. Limiting global warming to 1.5°C is necessary to avoid catastrophic consequences and irreversible changes. That will require rapid and far-reaching transitions in energy, land and urban infrastructure and industrial systems.

While countries have taken positive steps by preparing nationally determined contributions (NDCs) and increasing financing to combat climate change, far more ambitious plans and unprecedented changes in all aspects of society are required. Access to finance and the strengthening of resilience and adaptive capacity need to be scaled up at a much faster pace, particularly among LDCs and small island developing States.

In 2017, atmospheric CO2 concentrations reached 405.5 parts per million (ppm) (up from 400.1 ppm in 2015), representing 146 per cent of pre‑industrial levels. To limit global warming to 1.5°C means that emissions will need to peak as soon as possible, followed by rapid reductions. Global carbon emissions need to fall by a staggering 45 per cent by 2030 from 2010 levels and continue at a steep decline to achieve net zero emissions by 2050.

As of May 2019, 186 Parties had ratified the Paris Agreement. Parties to the agreement are expected to prepare, communicate and maintain successive NDCs (including targets, policies and actions planned in response to climate change). As of that same date, 183 Parties (182 countries plus the European Union) had communicated their first NDCs to the United Nations Framework Convention on Climate Change Secretariat, and one Party had communicated its second NDC. Parties have been requested to update their existing NDCs or communicate new ones by 2020. To achieve the 2030 objectives, countries will need to be far more ambitious in preparing their new NDCs for submission.

Note: For a more detailed chart, please see figure 2 of the updated synthesis report of the United Nations Framework Convention on Climate Change on the aggregate effect of the intended nationally determined contributions, 2 May 2016, available from (http://unfccc.int/focus/indc_portal/items/9240.php).

As described in Goal 1, climate change is already exacerbating disaster risk. From 1998 to 2017, climate-related disasters around the world accounted for 77 per cent of the nearly $3 trillion in direct economic losses from disasters. Over that period, climate-related and geophysical disasters claimed an estimated 1.3 million lives. The Sendai Framework for Disaster Risk Reduction 2015–2030 outlines clear targets and priorities for action to prevent new disaster risks and reduce existing ones. Since its adoption, countries have been making efforts to develop and implement, by 2020, national and local disaster risk reduction strategies in line with the Sendai Framework. In the latest reports (2017–2018) from 70 countries, 67 had strategies that were aligned to some extent with the Sendai Framework. The biggest challenges are investment in disaster risk reduction for resilience and promoting policy coherence between the SDGs and climate change. Many local governments had developed local strategies in line with national strategies.

Climate-related financial flows have increased, but are small in relation to the scale of the problem and still overshadowed by investments in fossil fuels

Globally, climate-related financial flows have increased, with most of the funds dedicated to curbing greenhouse gas emissions. A relatively small share is helping countries adapt to the effects of climate change. The third biennial assessment by the United Nations Climate Change Secretariat Standing Committee on Finance shows a 17 per cent increase in global climate finance from 2013–2014 to 2015–2016. Upper-limit estimates rose from $584 billion in 2014 to $680 billion in 2015 and to $681 billion in 2016. The spurt in growth from 2014 to 2015 was driven largely by high levels of new private investment in renewable energy, which is the largest segment of the global total.

While those financial flows are considerable, they are relatively small in relation to the scale of the problem and wider trends in global investment. Moreover, investments in climate activities are still surpassed by those related to fossil fuels ($781 billion in 2016).

Climate-related financing for developing countries increased by 24 per cent in 2015 to $33 billion, and by 14 per cent in 2016 to $38 billion. Financing channelled through United Nations Framework Convention on Climate Change funds and multilateral climate funds in 2015 and 2016 totalled $1.4 billion and $2.4 billion, respectively. The increase from 2015 to 2016 is attributed to the ramping up of operations by the Green Climate Fund.

Global total climate finance flows by sector over the period 2015–2016 (in billions of dollars, annualized)

Many developing countries have launched a process to formulate and implement national adaptation plans (NAPs) to reduce their vulnerability to climate change and to integrate climate change adaptation into national development planning. Those plans will help countries achieve the global goal on adaptation under the Paris Agreement—namely, to enhance adaptive capacity, strengthen resilience and reduce vulnerability to climate change. Thirteen countries, four of which are LDCs, have completed and submitted their NAPs to the Secretariat of the United Nations Framework Convention on Climate Change, while many others are at various stages in the process. Since 2015, the number of countries that have launched or initiated NAPs has increased by 45 per cent.

Funding for the formulation of NAPs is provided by the Green Climate Fund Readiness and Preparatory Support Programme and the Least Developed Countries Fund. As of May 2019, 75 countries had sought a total of $191 million in support from the Green Climate Fund for NAPs and other adaptation planning processes. Of those, 28 countries had accessed a total of $75 million, two thirds of which went to LDCs, small island developing States and countries in Africa. Another seven countries were in the final stage of approval for a total of $17 million in funding. Nine project proposals under the Least Developed Countries Fund were also approved to support the formulation and implementation of NAPs. Technical guidance and support to developing countries for NAPs is provided by the Least Developed Countries Expert Group and other constituted bodies under the United Nations Framework Convention of Climate Change. A total of 154 support activities have been reported since 2014.

Progress made by developing countries in formulating and implementing NAPs by stage of the process, 2015 to 2018