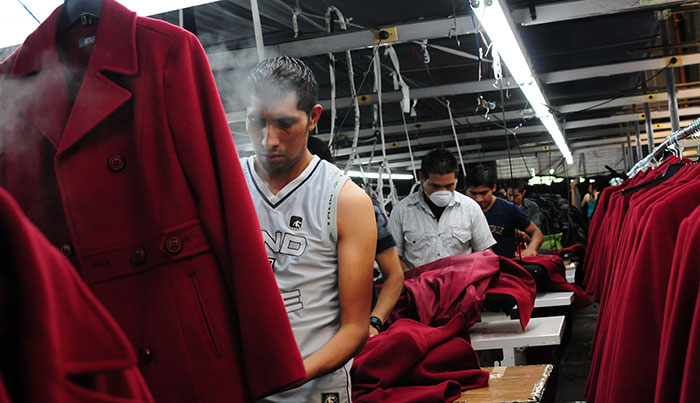 Sustained and inclusive economic growth can drive progress, create decent jobs for all and improve living standards. Globally, real GDP per capita and labour productivity have increased, and unemployment has dropped back to pre-financial-crisis levels. However, sluggish growth overall has prompted a rethinking of economic and social policies to achieve the transformational objectives of Goal 8 so as to meet economic growth targets in least developed countries; increase employment opportunities, especially for young people; reduce inequalities across regions, age groups and genders; decrease informal employment; and promote safe and secure working environments for all workers.

Economic growth in least developed countries is again on the upswing, but the 7 per cent target is still out of reach

Real GDP per capita—a proxy for the average standard of living— increased globally by 1.9 per cent in 2017, compared to by 1.3 per cent in 2016. That growth is expected to remain steady at about 2 per cent until 2020. In least developed countries (LDCs), the SDG target aims for at least 7 per cent real GDP growth. In those countries, real GDP accelerated from an average annual rate of 5.8 per cent over the period 2000 to 2004, to 7.1 per cent over 2005 to 2009, before slowing to 4.8 per cent over 2010 to 2017. Growth in LDCs is expected to climb to 5.7 per cent in 2020 owing to favourable external economic conditions along with stable commodity prices that encourage financial flows and investment in natural resource projects and infrastructure. However, this still falls short of the target. Policies that promote economic diversification in those countries are needed to ensure long-term sustainability and more inclusive growth.


Labour productivity is rising, although wide disparities can be found among regions

Since the global economic downturn of 2009, labour productivity (measured as GDP per employed person) has been increasing worldwide, with consistently positive annual growth rates since 2010. In 2018, labour productivity increased by 2.1 per cent globally, the highest annual growth since 2010. However, wide disparities are found across regions. Between 2017 and 2018, average output per worker grew the most in Central and Southern Asia (4.8 per cent) and in Eastern and South-Eastern Asia (4.2 per cent), while little changed in sub-Saharan Africa (0.3 per cent) and in Latin America and the Caribbean (0.5 per cent).

Women still earn less than men. An analysis of the latest available data for 62 countries found that men’s median hourly pay is 12 per cent higher than that of women. Furthermore, men had a wage advantage in every major occupational category in 49 countries with relevant data. The median gender pay gap exceeded 20 per cent in managerial and professional occupations, and among craft and related trade workers and plant machine operators and assemblers. Gender pay gaps are rooted in rigid social norms and cultural expectations about women’s roles in society. When combined with differences in employment opportunities and lower access to social protection, they can result in long-term income gaps and compromise gender equality now and in the future.

The global unemployment rate is steadily dropping, but remains high in some regions and among youth

The global unemployment rate has finally recovered from the global financial crisis of 2009. In 2018, it stood at 5 per cent—matching the pre-crisis level. However, large disparities exist across regions and age groups. In 2018, the unemployment rates in Northern Africa and Western Asia (9.9 per cent) and Latin America and the Caribbean (8.0 per cent) were over 2.5 times higher than those in Central and Southern Asia (3.2 per cent). While gender disparities in unemployment rates are less than 1 per cent globally, they are alarming in some regions, such as Western Asia and Northern Africa. In those regions, the unemployment rate for women was over 8 percentage points higher than for men in 2018; in Latin America and the Caribbean, the rate for women was almost 3 percentage points higher. What’s more, youth are three times more likely to be unemployed than adults. In 2018, the youth unemployment rate was 12 per cent compared to 4 per cent for adults.

In 2018, one fifth of the world’s youth were not engaged in either education, employment or training (NEET). In other words, they were neither gaining professional experience nor acquiring or developing skills through educational or vocational programmes during that formative stage of life. The situation is most serious in Central and Southern Asia and in Northern African and Western Asia, where more than one quarter of youth fall into this category.

Proportion of youth not in education, employment or training, by sex, 2018 (percentage)