The officers of the Commission, also referred to as the Bureau, are the Chairman, three Vice-chairmen and the Rapporteur.

At its thirtieth session the Commission decided to give the officers of the Commission (if necessary complemented by any others whose participation is deemed useful by the Chairman) more of a steering role. 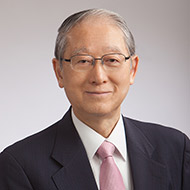 Shigeru Kawasaki
Member of the Statistical Commission of Japan
Professor at Nihon University, College of Economics in Tokyo

Mr. Shigeru Kawasaki has been a member of the Statistics Commission of the Japanese Government since 2013. He has been Professor at Nihon University, College of Economics in Tokyo since 2012.

He has 36 years' experience in civil service since 1975, most of which was dedicated to official statistics. He holds a Bachelor of Technology from University of Tokyo. During his career in civil service, he was engaged in various fields of statistics, such as the population census, sample household surveys, price indices, and statistical data dissemination, and made significant achievement in each field. In 2007, he was appointed as Director General of the Statistics Bureau, and retired from civil service in 2011.

He is currently President of the Japan Statistical Society, having been elected in 2019. 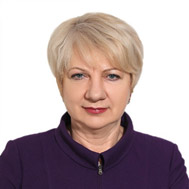 Irina Kangro is a professional statistician. Since January 2015, she holds the position of the First Deputy Chairperson of the National Statistical Committee of the Republic of Belarus. She supervises overall statistical planning and coordination of statistical activities and such statistical domains as external trade, agriculture, environment, and finance statistics, as well as the Statistical Business Register.

In 2009-2014 Irina Kangro was the Deputy Chairperson of the National Statistical Committee of the Republic of Belarus.

Julio A. Santaella
President
National Institute of Statistics and Geography of México

Since January 2016, Julio A. Santaella is the President of the National Institute of Statistics and Geography of México. From 2001 to 2015, served at the Bank of Mexico as the Executive Coordinator of the Mexican Petroleum Fund, Manager of Information and Analysis, Director of the Central Bank Operations Support, Researcher for the General Direction of Economic Research, as well as for the Central Bank Governing Board. From 1992 to 1997 he served as an economist of the Research Department and the European Department of the International Monetary Fund.

In the academic field, he has been a researcher and teacher at the Technologic Autonomous Institute of Mexico (ITAM, 1985-1986, 1997-2003), Coordinator of the Applied Economics Center, Chairman of the Economics Department and Deputy Director of the Economic Research and Analysis Center.

Anil Arora is an experienced senior public official, having worked at Statistics Canada for over 25 years leading significant programs and transformations. He was appointed Chief Statistician of Canada in September, 2016. He has also served in policy and regulatory roles in the Government of Canada at Natural Resources Canada and Health Canada. Mr. Arora has led substantive international initiatives, working with the United Nations and the OECD, and received numerous prestigious awards for leadership. He serves on a number of Boards and is active in community events and social causes. Mr. Arora received a Bachelor of Science from the University of Alberta, with subsequent studies in computer science. He holds a graduate certificate in public sector management and governance from the University of Ottawa and the Government of Canada's Advanced Leadership Development Program. 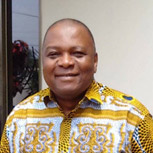 Osman joined Stats SL in April 2018 as the Statistician General and CEO. Before that, from 2002-March 2018, he served the INDEPTH Network of demographic and health surveillance systems in Africa, Asia and the Pacific as Communications and External Relations Manager, Deputy Executive Director and from 2007-2018 as Executive Director. Earlier, from 1999-2002 he worked as a biostatistician in the Institute of Public Health at the University of Heidelberg Medical School in Germany.

In 1987 Osman was awarded the University of Sierra Leone Prize for Academic Excellence. In 1996 he was awarded the German Academic Exchange Service (DAAD) Prize for Academic Excellence and Exceptional Social Engagements by a Foreign Student. His most recent awards since returning to Sierra Leone are the Diaspora Focus National Development Award 2019 for estimable contribution to national development and the African Consulting Group award 2019 for outstanding public ledership.