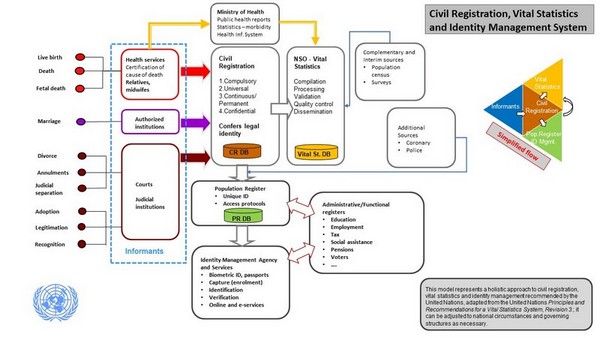 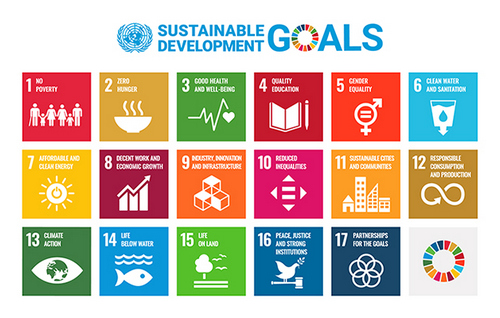 Sustainable Development Goal Target 16.9 ("legal identity for all, including birth registration, by 2030") is key to advance the 2030 Agenda commitment to leave no one behind, and equally relevant is SDG 17.19 — support to statistical capacity-building in developing countries, monitored by the indicator "proportion of countries that have achieved 100 per cent birth registration and 80 per cent death registration".

SDG Goal 16.9: By 2030, provide legal identity for all, including birth registration indicator 16.9.1 Proportion of children under 5 years of age whose births have been registered with a civil authority, by age.

Indicator 17.19.2 Proportion of countries that (a) have conducted at least one population and housing census in the last 10 years; and (b) have achieved 100 per cent birth registration and 80 per cent death registration.

In developing international mechanism for achieving these important SDG Targets, and inspired by the Secretary-General's determination to tackle the global problem of statelessness, the Secretary-General's Executive Committee, in January 2018, requested the DSG's office to "convene UN entities to develop, in collaboration with the World Bank Group (GFF/ID4D), a common approach to the broader issues of registration and legal identity".


Civil registration is defined as the continuous, permanent, compulsory and universal recording of the occurrence and characteristics of vital events pertaining to the population, as provided through decree or regulation is accordance with the legal requirement in each country. Civil registration is carried out primarily for the purpose of establishing the documents provided by the law.

Inspired by the Secretary-General's determination to tackle the global problem of statelessness (affecting more than 10 million people worldwide), but also noting the wider (and larger) issue of lack of legal identity, the Secretary-General's Executive Committee, in January 2018, mandated the Deputy Secretary-General to convene "UN entities to develop, in collaboration with the World Bank Group, a common approach to the broader issue of registration and legal identity...". To operationalize the decision of the Executive Committee, an inter-agency coordination mechanism — the UN Legal Identity Agenda Task Force (UNLIA TF) — was established from September 2018, where 13 UN agencies, under the chairmanship of UNDP, UNICEF and the UN Department of Economic and Social Affairs, are working together to try to assist Member States achieve SDG target 16.9.

The responsibilities of the UN LIA TF are: