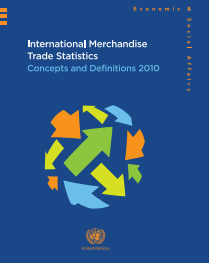 International Merchandise Trade Statistics: Concepts and Definitions 2010 (IMTS2010) is intended to provide recommendations that are globally applicable and operational. The conceptual framework of IMTS 2010 reflects both the multipurpose nature of these statistics and concern for availability of the adequate data sources and data-compilation procedures. IMTS 2010 follows an integrated approach to economic statistics, including the use, as applicable,of common concepts, definitions, classifications and data-compilation strategies. 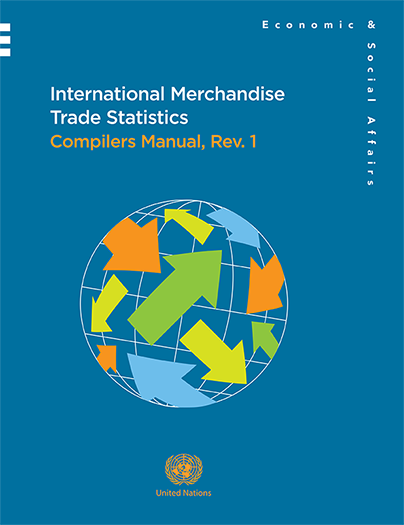 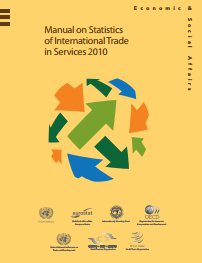 Manual on Statistics of International Trade in Services 2010 (MSITS 2010)

The Manual on Statistics of International Trade in Services 2010 (MSITS 2010) addresses the needs of a variety of producers and users of such statistics. While it is primarily a guide for statistical compilers, it is also a useful tool for governments and international organizations that use statistical information in connection with international negotiations on trade in services. Furthermore, it can aid enterprises and others that need to monitor developments in international services markets. 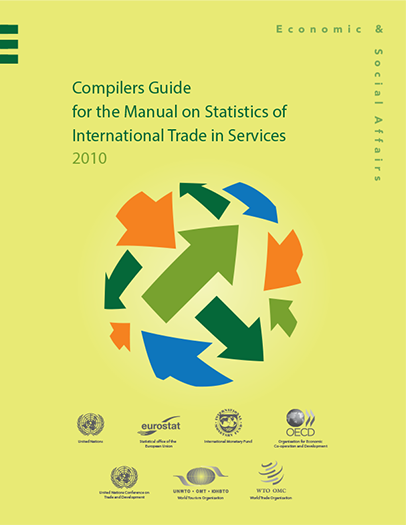 Compilers Guide for the Manual on International Trade in Services 2010

The recommendations were drafted by the World Tourism Organization (UNWTO) in close cooperation with the United Nations Statistics Division, the International Labour Organization (ILO) and other members of the Inter-Agency Coordination Group on Tourism Statistics. A draft version of the recommendations was reviewed and endorsed by the United Nations Expert Group on Tourism Statistics in June 2007 and was adopted by the Statistical Commission at its thirty-ninth session (E/CN.3/2008/34)

» More information on the UN Expert Group on Tourism Statistics

When it adopted the International Recommendations for Tourism Statistics 2008 (IRTS 2008) at its thirty-ninth session in 2008, the Statistical Commission requested the World Tourism Organization (UNWTO) and the United Nations Statistics Division (UNSD) to develop an implementation programme, including the preparation of a compilation guide providing further details of the recommendations as well as good country practices. A worldwide consultation on the full draft guide was held in March and April 2011. Comments and revisions were incorporated into a final editorial review, with the UNWTO Committee on Statistics and the Tourism Satellite Account endorsing the final version of the guide during its 14th meeting, in January 2014. The draft Guide was submitted to the United Nations Statistical Commission at its forty-fifth session in 2014, which endorsed its use by Member States.

» More on the worldwide consultation and drafting process

The Tourism Satellite Account: Recommended Methodological Framework 2008, provides an updated framework for constructing a Tourism Satellite Account. The purpose of a Tourism Satellite Account is to analyze in detail all the aspects of demand for goods and services associated with the activity of visitors; to observe the operational interface with the supply of such goods and services within the economy; and to describe how this supply interacts with other economic activities. It permits greater internal consistency of tourism statistics with the rest of the statistical system of a country, as well as increased international comparability of these data. The updating process was undertaken by UNWTO under the scrutiny of the Inter-agency Coordination Group on Tourism Statistics.