Asymmetry in foreign trade statistics in Mediterranean partner countriesThe mirror exercises carried out in the MEDSTAT II programme proved a powerful instrument for assessing the quality of the trade data, detecting deviations between methodologies, and identifying particular problems linked to international trade. In several cases, specific action has been taken to change the methodology applied, widen the coverage, and correct trade data, thereby immediately enhancing data quality and comparability. The efforts made during the project to support closer coordination between administrations at both national and international levels have helped create conditions for stable and sustainable cooperation between
producers of statistics. For details of the study, see the attachment.A huge difference between import value and export value in the Comtrade database? Is the reason merely a CIF price basis on the import values and FOB price basis on the export values?

This problem appears to be consistent over many years, which also tells me that many of the major exporters are none reporting countries or that the data are reported hidden, as confidential, under unspecified exports, which would be in chapters 99. Chapter 99 covers all unspecified commodities. 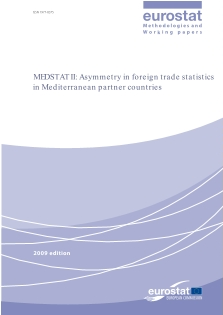